As the largest international broadcaster in the United States In the United States, Voice Of America (VOA) offers radio, television and Internet programming in 45 different languages to a weekly audience of more than 134 million people. VOA Bangla also runs the Rohingya radio program for residents of refugee camps in eastern Bangladesh. In addition to radio, VOA Bangla offers five weekly television programmes and a presence on the Internet and mobile devices. The service also deals with the community through its fan clubs.
VOA launches “Lifeline”, its first radio programme in Rohingya, the language of Muslim refugees who have fled Myanmar. The programme focuses on the lives and needs of refugees. It provides valuable information on security, family reunification, food rations, available housing, education and health, including vaccinations and water treatment.

BBC Bangla is a Bengali language service under the BBC World Service. BBC… 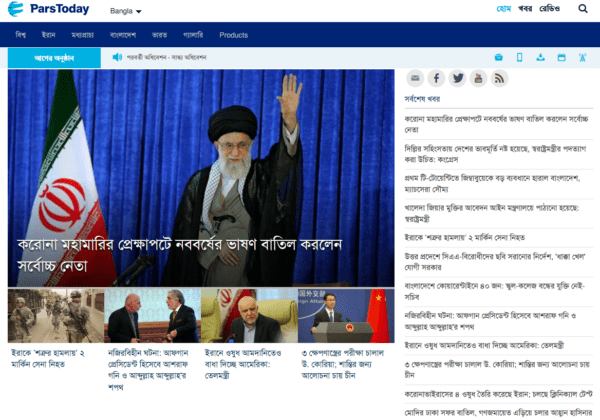 Internet is huge! Help us find the best resources of Bangla or Bangladeshi News

Bangladeshnews.info is a collection of all the best resources of Bangla or Bangladeshi News Papers, Magazines, Blogs and also news aggregator.

We use cookies to ensure that we give you the best experience on our website. If you continue to use this site we will assume that you are happy with it.OkPrivacy policy